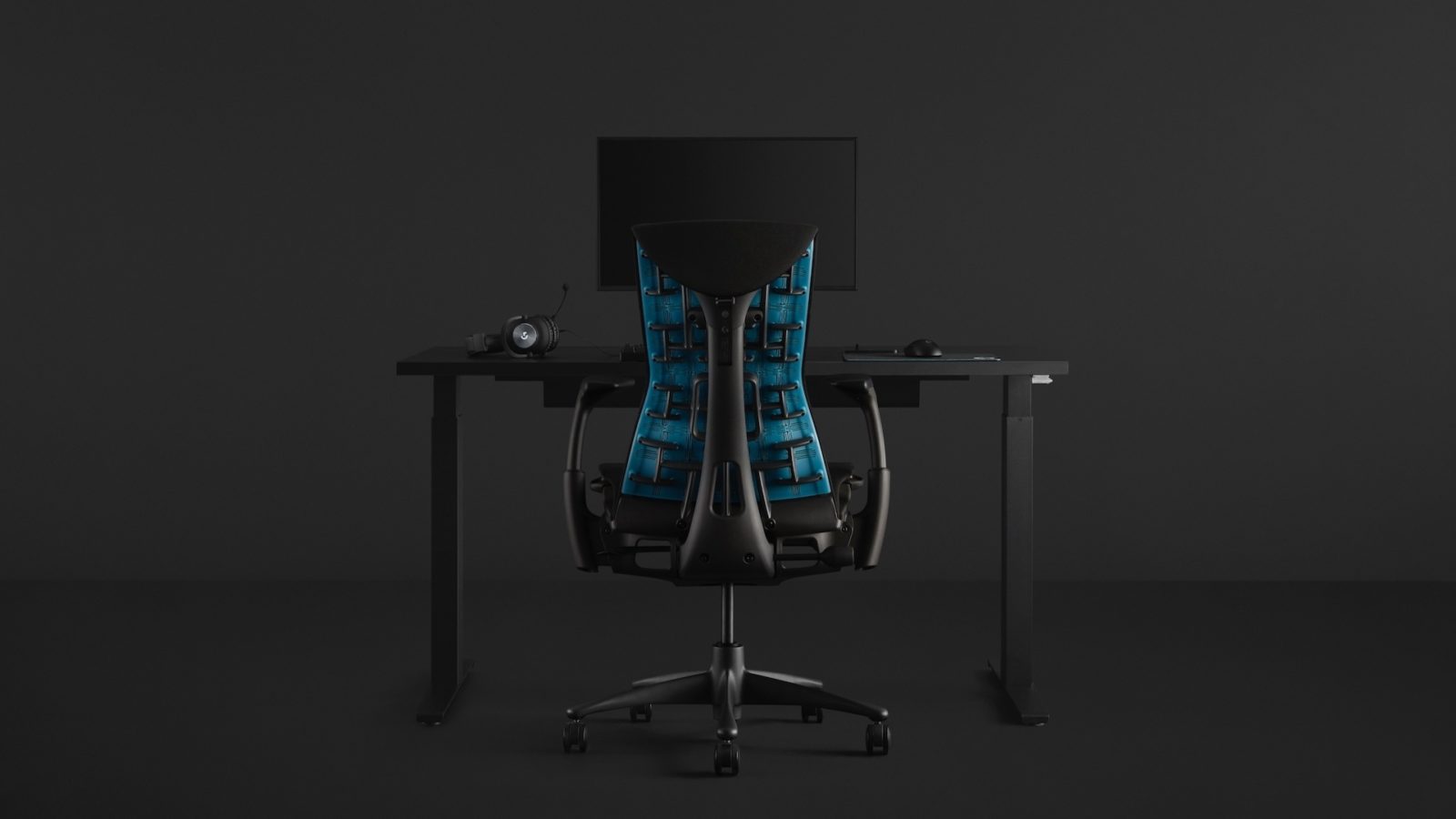 Herman Miller partnered with Logitech G to study how intense gamers sit while playing, to elevate their product offering to support the gaming experience.

As noted in a recent article from the New York Times, the Covid lockdown has put video game equipment in unusually high demand. And of course, an optimized chair is a top priority.

Ergonomic specialists studied a team of professional gamers and observed the way they sat, hunched over in non-supportive chairs, playing for hours on end. To no one's surprise, these players reported pain in their necks, backs, hips, wrists, and shoulders, with carpal tunnel being a common complaint. The surprising part? Most of these gamers were not even 20 years old.

In observing professional teams practice in their training facilities and even play in a tournament, Herman Miller and Logitech noticed how gamers were inclined forward with their toes gripped at the bases of their chairs. Carpal tunnel, arthritis, chronic pain, and repetitive strain injuries were resulting from sustained sitting and game play - it's actually not uncommon for a professional gamer to sit for 13 hours at a time. Some phrases like "the teenage slouch," "nerd neck," and "keyboard arm" are just a few terms used to describe the postures and ailments of professional gamers.

While some gamers shake off back pain, ergonomic specialists note that it isn't normal or healthy to have back pain at such a young age, and these impacts shouldn't be seen for at least another 20 years. Some players must rely heavily on massage therapists and chiropractors.

"Though concerns about occupational health span professions, the needs differ from one to the next. Where a white-collar office worker may sit back in a desk chair, a gamer will sit more upright, tilted forward, often at the edge of a chair."

The company DXRacer is often credited for the first modern gaming chair on the market in 2006. DXRacer combined a race car seat with an office chair base. From there, many other companies began to follow suit. Authentic gaming chairs resemble the design of automotive sports seats. However, the designers at Herman Miller opted for a more minimal style, "one that reflected the way the gamers dressed and presented themselves."

Sales of gaming chairs have dramatically increased, likely due to the widespread transition to working from home. Many people have been logging even longer working hours from home, spurring people to look at highly specialized chairs as a worthwhile investment.